Pavel Jonák alias Johny specializes on routes that are extremely difficult and last usually a several days. He comes from Nové Město na Moravě where he began to get involved in climbing his first routes while still being in his teens. Couple of years later he achieved grade 8A in climbing and shortly after that he suffered a fatal accident. But even fractured spine would not keep him from his way.

Sarah: You've began climbing in early eighties, how do you see your beginnings now and were you influenced by anybody?
Pavel: I went the usual way. First attempts with a friend from school involved climbing a mine wall using clothesline at 12 years of age, then the first real climbing on Vysočina Mountains while being supervised by local rock climbing aces. First encounter with czech sandstone walls straight on to the sharp end of the rope and hellbent on getting anyway upwards. Curiously enough I've survived this “rope gun crash course” and moved on to limestone walls of France, Spain and then on to the real mountains. I've always been lucky to have a good partners on the wall and time to time we still get together to do some climbing.

Sarah: The year 1997 and the Arco resort is inevitably linked with a fall that almost meant an end to your climbing career. Spine surgery and being tied to bed for several months must've been very taxing. Would you share with us the memories of the ordeal of your comeback to normal life and climbing as well??
P: There's always something good in every bad thing. During my recovery year I've had a plenty of time to think about the things I miss the most and that I really want to get climbing again even if I can't climb just yet. That really fuelled my motivation to get at it as soon as I'd heal completely. Given the fact that the mistake was a belayer's fault and not mine, there wasn't really anything to think about. I just wanted to be as good as before. With this kind of mental attitude one can achieve almost anything even if the body is still “a bit creaky”.

S: How do you manage to combine your work, social life and big wall climbing?
P: When I was twenty I had enough power but not the money...now it's the other way around...,but seriously now. We have two kids that need me and we have a lot of fun together, the work takes off some time as well and the day after all has regrettably only 24 hours. Luckily enough my associate is a climber as well so when and if I kind of sneak off [to train]he usually understands. Every now and then I don't know where my head is at, but climbing is still priority number one. The hardest think is to find the time to train, because keeping fit gets harder with the years passing by. It's not easy to make it all work together, but work it must and so it does.

S: Will your children climb as well?
P: I leave it up to them, but as we spend quite some time just under the rocks of Adršpach, it kind of creeps under their skin. They both of them climb, but it's more fro the fun then out of any actual need to climb. If they ever find another way of life, I shall be glad just the same.

S: You always choose the technically most difficult routes that are not just physically demanding but surely must psychically taxing as well. How do you cope with a crisis hitting you in the middle of several days lasting route upwards?
P: The actual fear usually backs off after couple of hours being on the wall and one just puts himself in a high gear and really begins to climb. The thing to be aware off is not slip in to a kind of a routine which is when mistakes do happen. During those long routes there's no time for mistakes, so even when tired one always has to stay alert. Very often when on a such route comes the time that I'd wish to be some place else, but as there often is no way back so upwards it is..

S: What is it that you like the most on big wall climbing and what does it do for you?
P: A first ascent on a wall is a big challenge, let alone the very strenuous and hard work in itself, one has to give it all he has got and still it might not be enough. But when it all really works out, one remembers that feeling for a long time indeed. As my friend Zdeněk used to say ,,the experience doesn't have to be nice to be strong.

S: How do you see climbing nowadays. Did anything change since when you've started?
P: The thing that has changed the most is the timetable of training, we've started to train outdoors come march, nowadays the good guys get cracking at artificial walls indoors throughout the winter and that's what matters the most, Apart from that I think that it's just all right......I still keep meeting the same type of guys in the rocks...now and then one manages to meet “a git”...some things never change.

S: How do you see the young and oncoming generation[of climbers].Would you venture an advice or a message for them?
P: I'll not as nobody in their twenties wouldn't listen to me anyway. Perhaps to find climb a route simply because they like the feel of it rather then being concerned about the grades, points and such malarky. The obsession of some of the ,,sporting ledgerlovers” is unbelievably maddening.

S: Tip to round it all off: To where would you send people that'd want to sample the spirit of czech big wall climbing?
P: Well, for the serious ones I'd recommend Adršpach-Čapka-Crazy project. You can do three lengths in one route and stil have a good time. Or climb a route through the vault from the very bottom of Macocha and you'll be ready to face the world.

S: City or country?
P: Well I'm a countryman in a city.

S: Sand or Ice?
P: I'd rather go for the sand, although you know a nice icicle...

S: Summer or winter?
P: I prefer summer, but can do both.

Thank you for the interview Johnny and wish you lot more of intense and exhilarating experiences. 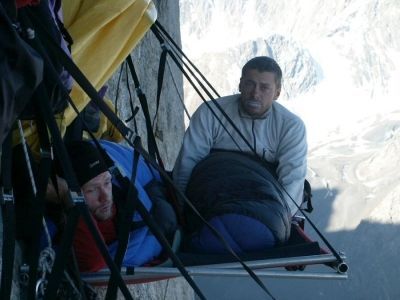 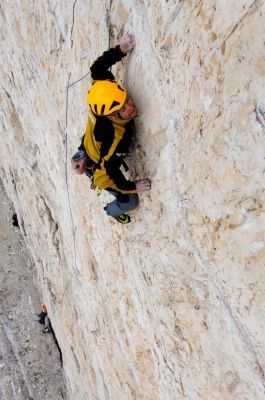 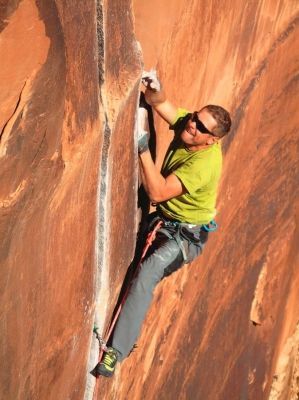 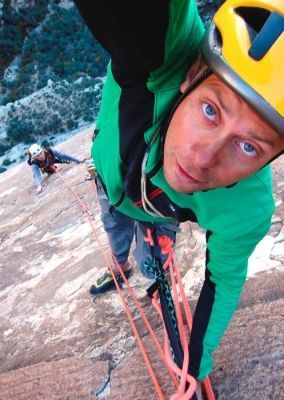 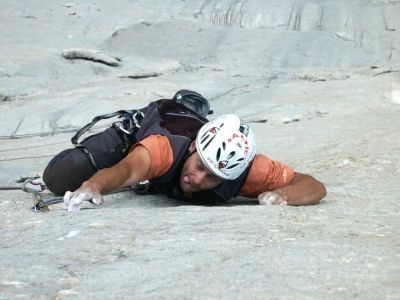 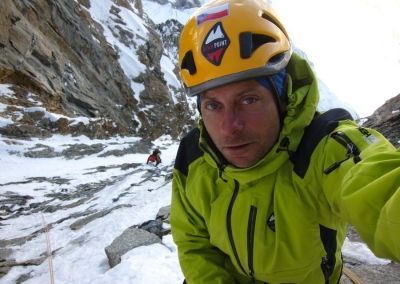 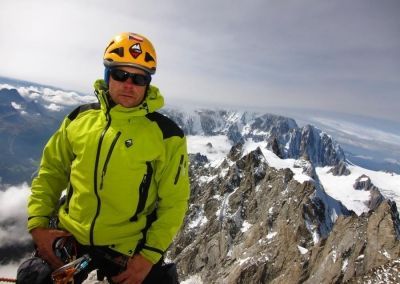 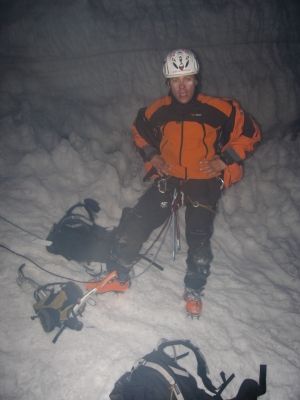 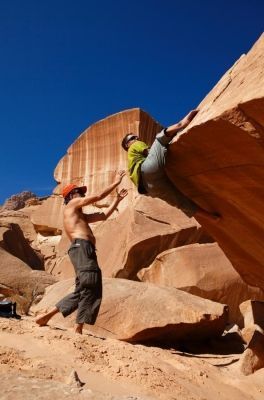 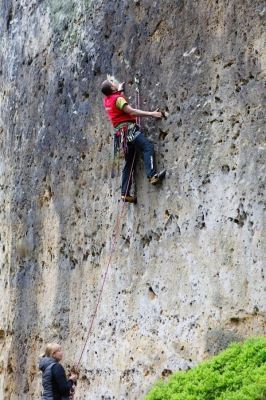 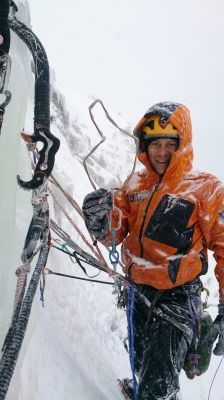 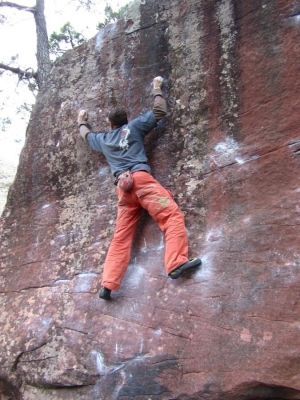 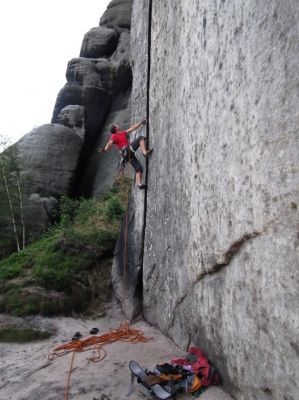 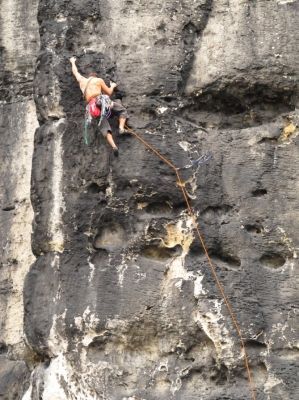 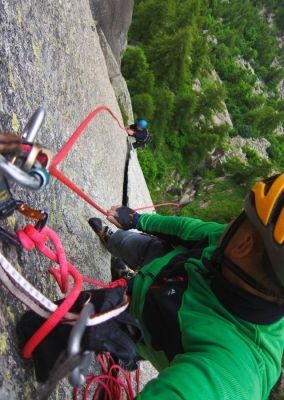 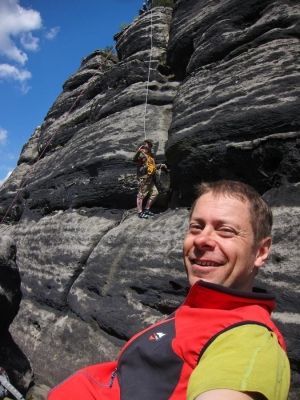 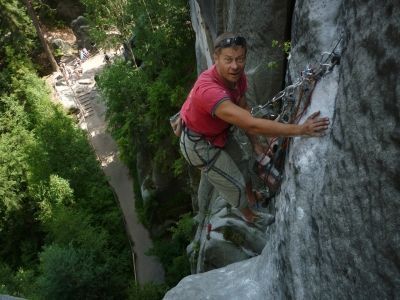