Janus, the Twofaced. This ancient roman good might have well become the symbol of this island, buffeted by winds of misfortune of the past and which is looking forward to attracting more tourists and foreign capital. And why Janus? And what would be the thing by which Sri Lanca attract people from all around the world?

When traveling across this indisputably beautiful island, I've spotted several faces straight away looking at me, whose sight I'll definitely remember for ever.

The very first thing which you're definitely not going to skip is local cuisine, which differs rather markedly from ours and is characteristic by its spicy and piquant flavor. Its basis is rice which is being served with different kinds and mixes of vegetables and is usually quite hot. That would be the textbook ,,curry” for you off which there'd be variety of different kinds of mixtures with either chicken, fish or beef, which again would be quite hot. Curiously enough the local people don't enjoy eating meat too much and if they do, then it's usually much smaller amount than we're used to from our cuisine. Kottu Roti- unleavened flatbread chopped up with a mix of vegetables and meat or Samosa-baked or fried pastry filled with spiced up mix of potatoes, eggs and other kinds of vegetables are absolutely delicious. However, if you decide to eat out in a,,street restaurant” together with the local people, you'll want to get used to the fact that the first impression of the place will most probably make you wanting to skedaddle. Apart from being very messy and foul smelling, the flour is littered with leftovers and bits of ripped up newspaper. Nevertheless, the food is very tasty and cheep. You'll either get to love it or you're going to get home a way skinnier than you were before.

The next face that you wouldn't want to miss is tea. The world-famous tea plantations where some of the best and finest tea leaves are being collected are quite photogenic and a walk between the tea plants of which the local ,,pickers”[mostly women] are just plucking the freshly grown ,,flushes” is quite amazing experience. These women generally don't make a lot of money, about 3euros per a day and the one that ventures forward with a backpack and camera is just the very thing that spices up the otherwise unrelentingly tedious and boring work, They'd laugh. pose and usually try to communicate. They'll even lend you the bag into which the leaves are being collected so you can try what's it feels like. But Lo And Behold -watch out for snakes. Harvested tea leaves are then carried by beautifully painted lorries to the tea factory, where by using quite interesting technology, the same that was being used in Tomas Lipton's time the leaves are being dried, ground, dried again, ground again and that's the tea that goes throughout the world. The absolutely best tea I've tasted was in little town called Haputale, where in little tea stall in the local restaurant an old and bearded gent was brewing the best tea of the world. Don't miss on that.

The third face I've discovered while traveling through Sri Lanca is religion. Given the fact that Buddhism is the predominant religion around here, you'd literally stumble over its manifestations anywhere you'd venture. From almost every hill a gigantic sculpture of golden, white, wooden one, stone one, the Great Buddha looks down on below placed city or village. The temples you'll find in mountains, by the road, in villages, cities, plantations-about everywhere. At first one finds it interesting and exotic in its own way, but after a couple of days you simply get used to it. It's form a part of the local colour and the locals are living by their faith. Needless to say that The Cave Temples of Dambulla which are listed by The List Of World Heritage Sites are something not to be missed. Unfortunately, at every temple entrance you'll be obliged to take your footwear off and the contact of European's bare sole used to wearing comfortable shoes most of the time and the red-hot tiles of the four whose temperature could well be around 60 degrees makes up for something nearly unbearable. So what you'll usually see is calmly coursing pedestrians and in amongst them a wildly hopping tourists with strangely strained look on their faces.

The fifth face of Sri Lanca is undoubtedly the climate. Every European gets lured on by visions of tropical paradise filled with palm trees bending over by the sheer weight of ripe coconuts and frolicking monkeys, and beautiful beaches with silky soft sand and warm sea. And yes, you'd be describing the southern part of Sri Lanca, if it wasn't for the monkeys, which don't do much of ,,frolicking” on the palm trees, but sit lazily at the roadside or at the some of the monuments, waiting for someone to feed them or to become food himself. If you're a lover of really hot summer and sauna, then Sri Lanca is just the place for you. It's very hot in here and given the high temperature and air humidity you'll likely as not be heavily sweating all day long. In Sri Lanca you'll see nice and lovely beaches, mountain ranges with tropical vegetation, strangely looking fern that looks like it's seen the prehistoric times, many kinds of fruit that you won't see in our daily shopping centers and you get really lucky even some wild animals that you'd normally see in Zoo. The elephants are a topic of itself. Sri Lanca has a couple of national parks where there are still numerous herds of wild elephants and other animals as well. Visit of such a park would be treat and local guides are fantastic at finding animals living in the wild. As many tourists did so even I paid a visit to the elephant orphanage in Pinawalla. Expecting to see happy animals playing in the water like little children, all I've seen were haunted animals with sad look in their eyes.

And there is one more ,,face” that I've seen for myself. That face is dilettantism. It literally gushes of the locals and you'll be exposed to this virtually on every step you take. It's not that the people aren't nice and friendly enough. They are and what more, they're very hospitable a well. But there is a catch to all of this loveliness. The dilettantism will match you step for step. Different prizes for foreigners and locals, the incompetence of the ones that work tourists and travelers, the changing of prizes that were settled beforehand, missing information and more often than not missing infrastructure, purposely made misunderstanding without any readiness to help the tourist and other trifles that are spoiling the good time you'd really want to enjoy in this beautiful country. Pity.

Why then Janus, the two faced roman god? Apart from other things he also symbolized change and transformation, one of his faces, the old one is looking back to the past and his other face the young one is looking towards the better future. Sri Lanca needs to go through a transformation and the government is trying very hard to make it happen. After all the years being ravaged by war, this beautiful island is striving to attract crowds of tourists. To achieve this, the old face looking to the past has to transform to the young one looking forwards to the future and that is precisely the thing the people of Sri Lanca have yet to go through. 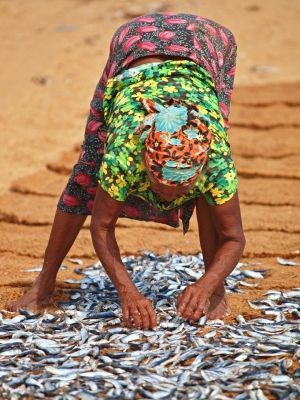 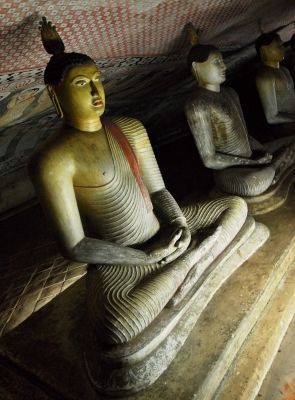 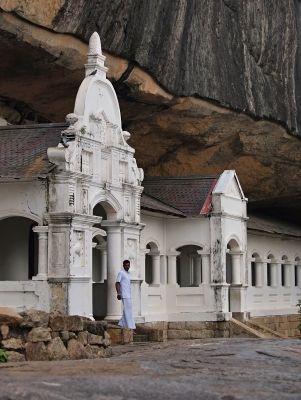 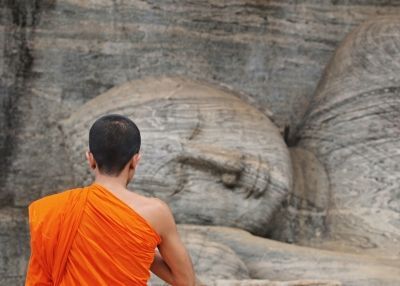 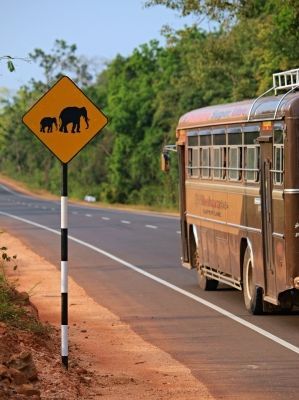 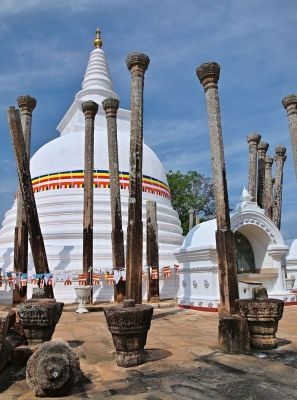 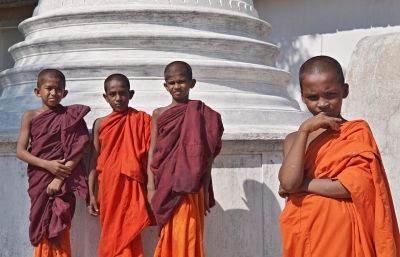 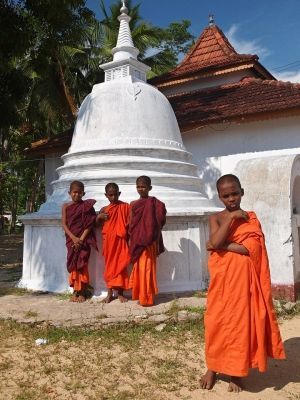 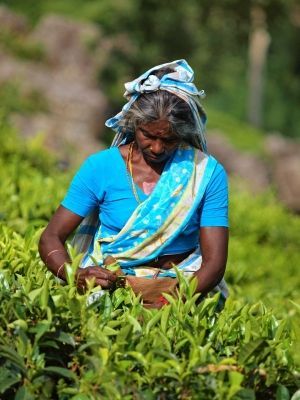 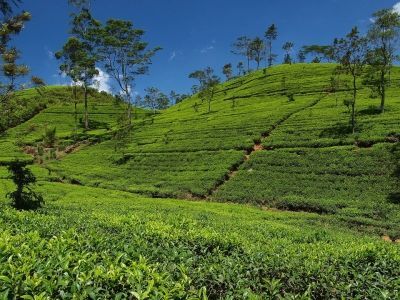 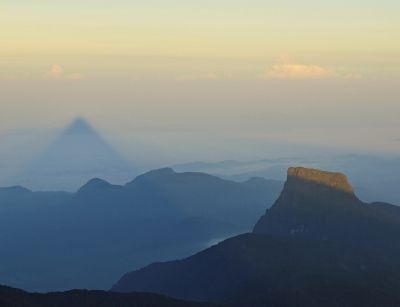 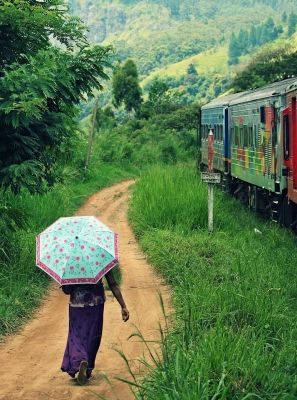 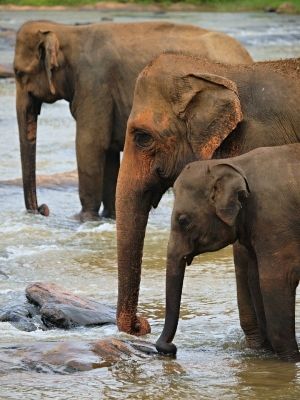 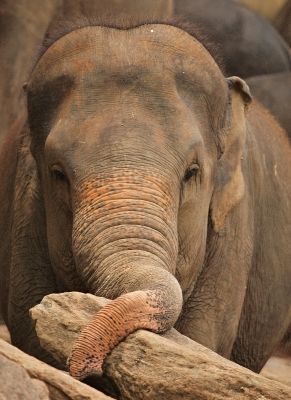